WHAT IRIDOLOGY CAN REVEAL

For the last 20 years, I have been told by many famous nutritionists, herbalists, iridologists and medical doctors that flouride is not good for my health.  I was taught that flouride would actually weaken my bones and teeth, unlike what dentists and doctors have been telling their patients for years.  In the last 5 years, I learned from Dr. David Brownstein that flouride displaces iodine.  Iodine is an important mineral for every cell in your body, especially the breasts, ovaries, testes and thyroid.  In fact, breast cancer survivors are being told to incorporate iodine into their diets.  Too bad they were not told this prior to being diagnosed with breast cancer.

According to the Denver Post, Saturday, January 8, 2011, “Federal health officials say many Americans are getting too much flouride, and it’s causing spots on children’s teeth and perhaps other, more serious problems.” “The U.S. Department of Health and Human services announced plans Friday to lower the recommended level of fluoride in drinking water for the first time in nearly 50 years, based on a fresh review of the science.” Fluoride is in our water supply, bottled water, toothpaste, soda and supplements. In fact, look at a tube of toothpaste.  It states, “Any child under 6 years of age, should only use a pea-sized amount.  Watch them brush and make sure they spit out the oothaste – not swallow it.  The Centers for Disease Control and Prevention recommends consulting a dentists before using flouride toothpaste for a child younger than 2.” My family has been using a reverse osmosis water filtration system for 20 years. We do not brush our teeth with fluoride toothpaste.  In fact, my son is 17 years old.  He has never had a fluoride treatment at the dentist’s office.  He has never brushed his teeth with fluoride toothpaste.  He received his first cavity at the age of 16.   According to Dr. Bernard Jensen, tooth decay is caused from an imbalance of calcium and phosphorus in the body, which is the result of consuming too much sugar, stress and poor nutrition. Once again, the leaders in holistic health were accurate.

Dr. Holick states in his book that 3 out of 4 Americans are deficient in Vitamin D.  He also clarifies that Vitamin D is actually a secosteroid hormone that directly or indirectly targets more than 2000 genes or about 6% of the human genome.

Below are medical journal references from Dr. Hugo Rodier about Vitamin D:

The risk of respiratory infections, including TB, influenza, pneumonia, and other upper and lower respiratory tract infections, is much greater in children with vitamin D deficiency (serum 25(OH)D <10 ng/mL). This inverse relationship between vitamin D status (low in winter and high in summer) and infection is what was found when rickets was epidemic. Recent experiments have shed light on the immune-enhancing properties of vitamin D that combat M tuberculosis and other infectious agents. The concept prevalent in the late 19th century that infections caused rickets can now be reversed, because mechanisms exist by which vitamin D deficiency leads to increased infections.

“Taking Insulin Raises Cancer Risk, Study Says”
(Denver Post (8/25/10) – Diabetics who take insulin have a higher risk of developing cancer, according to Danish researchers who say they can’t explain the link. Patients on insulin were 50 percent more likely to get cancer, compared with the general population, researchers led by Bendix Carstensen from the Steno Diabetes Center in Gentofte, Denmark, wrote in an abstract of the study posted on the website of the European Association for the Study of Diabetes.

I am not a scientist, but common sense: Cellular inflammation can cause cancer according to Life Extension Magazine, January 2002. Excess insulin, whether it is created by your body or being administered as a medication, will cause cellular inflammation. In my opinion, pretty simple explanation.

The latest Consumer Report states: Just because a supplement is labeled natural, doesn’t mean it is safe, according to an investigation by Consumer Reports.

The report lists 12 ingredients found in supplements which are linked to serious side effects and which haven’t been shown to do what they claim to do.

Notice the verbage: “The FDA tells CNN it hasn’t been able to determine what scientific basis Consumer Reports is using for their warning.”

According to an article, “Reverse Effect Found in 2 Meds,” published in the Denver Post on 10/17/10, bisphosphonate medications (Fosamax, Actonel and Boniva) may be causing serious health problems such as rare fractures of the thigh bone and degeneration of the jawbone.

According to Daniel Carpenter, a government professor at Harvard who is an expert on the drug agency, “the way drugs are evaluated with the emphasis on shorter-term studies before marketing does not help.  Here is a wide-scale institutional failure.  We have placed far more resources and requirements upon pre-market assessment of drugs than on post-market.”

Dr. John Lee, M.D., stated in his newsletter dated July 1998, “The problem is that these types of drugs temporarily create denser-looking bones in bone density tests because they block the resorption of old bone.  But old bone is constantly resorbed and replaced because it is weak and needs to be replaced, and it can’t be replaced if it isn’t resorbed.  In people who take Fosamax, the old bone remains in place and over time begins to crumble, eventually this is likely to cause the fracture rate to sharply increase.”

Dr. Lee also felt that bisphosphonates cause deficiencies in calcium, magnesium and Vitamin D, all essential to the bone-building process.

In my opinion if you are developing osteoporosis, there could be an imbalance in your pH, which can be caused by diet and lifestyle.  There was a seven-year study conducted by the University of California, San Francisco, 9000 women showed that those who have chronic acidosis are a greater risk for bone loss than those who have normal pH levels.  The scientists who conducted this experiement believe that many hip fractures prevalent among middle-aged women are connected to high acidity caused by a diet rich in animal foods and low in vegetables.  This is because the body borrows calcium from the bones in order to balance pH.  (American Journal of Clinical Nutrition, 2001)

To learn more about pH balancing and how to keep your structural system strong and healthy, please listen to my FREE webinar on the front page of my website.

The other medication listed in the Denver Post article that the FDA concluded could be harmful to your health is Avandia, which is prescribed for diabetics.   “The FDA and drug regulators in Europe are restricting Avandia’s use because it appears to increase heart risks.”

Have you Checked Your pH Today? Your Health is in the Balance!

In a healthy young adult, water accounts for approximately 70 percent of the total body weight. This water, also known as the fluid of life, occupies two main compartments within the body – intracellular and extracellular. It is vital for these two compartments to balance and maintain an ideal pH range. Many vital bodily functions, including digestion, enzyme activity and hormone balance are completely dependent upon the body to maintain this ideal balance. If the pH is properly balanced, the bodily fluids will clearly demonstrate this factor. Ideally the pH of the saliva will be 6.5-6.8 and the urine pH will fluctuate between 6.0 and 7.0. pH strips are inexpensive and can be purchased at any health food or drug store.

Maintaining a perfect pH can be difficult. Fortunately, the body has three primary systems for maintaining ideal pH: the respiratory, urinary and gastrointestinal including the liver and pancreas. Even with these built-in protective systems, poor diet, stress, dehydration, chemicals and lack of exercise can impact this delicate balance.

Many people have a pH that is “acidic.” The body may borrow some minerals – including calcium, sodium, potassium and magnesium – from vital organs and bones to buffer the acidic level. Though less common than acidity, alkalinity in the body may affect the same kinds of functions as acidity

Many herbalists and nutritionists believe that overall health may come down to two small words: Acid & Alkaline. A pH-balanced environment maintains proper metabolic function and allows the body to function optimally.

The iris is connected to every organ and tissue of the body by way of the brain and nervous system.  Nerve fibers in the iris respond to changes in body tissues.   Every cell, tissue and organ has its nutritional requirements.  When the body is not properly fed, certain nutrients become depleted and the body begins to suffer illness and/or disease.
An iridologist uses a special magnifying glass and/or camera to analyze the iris and determine weaknesses in the body.

Iridology can be used as a natural early warning system alerting one to over activity and degeneration.  An iridologist cannot diagnose a medical condition.  Iridology helps a practitioner look at the body as a whole instead of treating individual symptoms.  Our body is made of cells.  When disease or an illness occurs, it is due to cellular malfunction.

Holistically, iridology is used to accurately assess the physical, mental, emotional, and spiritual patterns and weaknesses for a complete health analysis.  It is completely painless, non-invasive, and economically viable while providing valuable information
for restorative and preventive health care.

The effort to understand changes in the eyes and to correlate such changes to alterations in the human body is said to date back to the time of ancient civilizations.  Babylonia iride markings with the relevant anatomical reflexes painted onto stone slabs have been dated back to 1000 BC.  The first published reference to iris analysis can be credited to the physician Phillippus Meyens, who, in his book Chiromatica medica, published in 1670 in Dresden, described the reflexive features of the iris.

The true originator of Iridology was Dr. Ignatz Von Peczely (1826-1911), a Hungarian physician.  At the age of 11, Von Peczely happened to catch an owl in his garden.  The boy clearly saw a black line rising in the owl’s eye after accidentally breaking its leg during the struggle. He kept the bird until it had regained its health and then observed the appearance of crooked white lines across the black area in the owl’s eye. Von Peczely later became a physician and had the opportunity to study the irises of many patients.  He grew certain that there existed a reflex relationship between tissue changes in the body and iris markings and developed the first iris chart, which has been continually researched and revised over the years.

Iridology has progressed tremendously since the mid 1800’s.  Numerous doctors and scientists have researched iridology on humans over the past 125 years, and it has become a respected practice, used by many doctors and naturopaths worldwide.  Dr. Bernard Jensen, renowned Iridologist and Nutritionist, pioneered the science of Iridology in the United States.   Dr. David Pesek has continued and expanded upon his work and developed one of the most comprehensive iris charts used today.   With current technology and the use of microscopes and fine digital imaging, many medical doctors, naturopaths, and psychologists from England, Germany, Italy, France, United States, Australia, Canada, and Russia have been advancing the field of iris analysis.

I believe in iridology as the “eye” of the natural healing arts, the window through which the wholistic perspective on health becomes understandable.  Iridology is a wonderful means of demonstrating the rewards of choosing a healthy way of life and the ideal tool of preventive medicine. 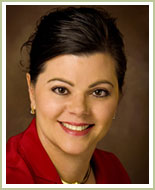